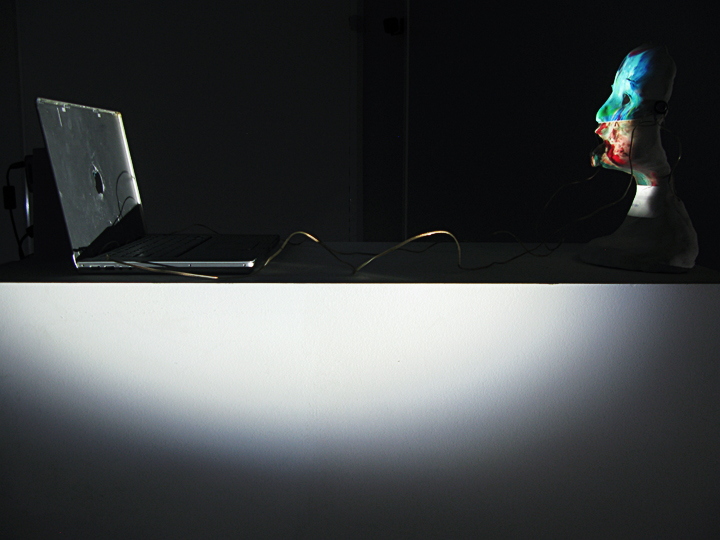 «Screens are borders which divide us from another world. That parallel world is even less linear than ours: time is compressed, expanded, reordered, reversed; places and spaces are superimposed, manipulated, independently resized. This “processed” reality creates a sort of counterpoint to our actual world, and our life is often played in the middle. “Face” is a sculptural multimedia installation at the borderline between the real, the fake and the virtual realms, and it tries to isolate and analyze the loss of time-consciousness of social-media users. A human being is staring at a computer, but the interaction between the user and the machine is subverted: the monitor is not the carrier of information, instead it projects a continuously updated Facebook profile on the face of the user – transforming the user himself into a screen. Even the audio doesn’t come out from the machine, but it’s the user who mechanically and compulsively reads the information. This suspended situation poses a question about the machine-like nature of modern man. The projected Facebook feed is actually part of the Facebook profile of the author of the installation. In real life, both imagery and sound raise problems of privacy. The author will previously announce the installation publicly on Facebook, so that possibly involved people can avoid posting during the installation hours if they like, or drastically exclude the author from their Facebook contacts. “Face” is dedicated to Facebook as a celebration of its 10th year of life.» 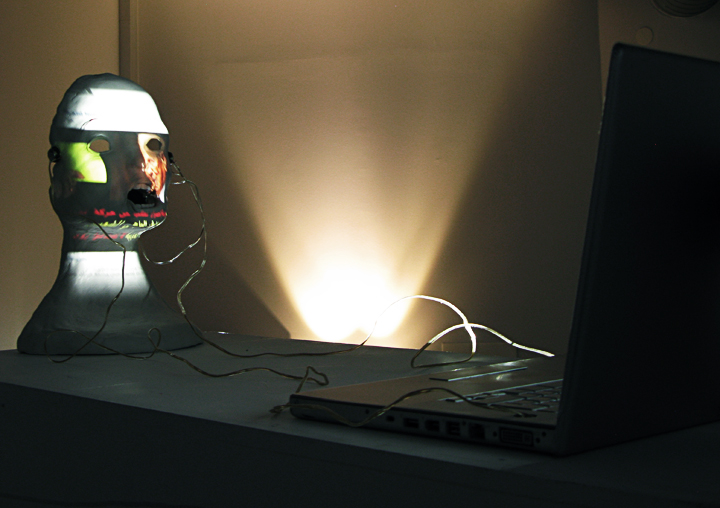 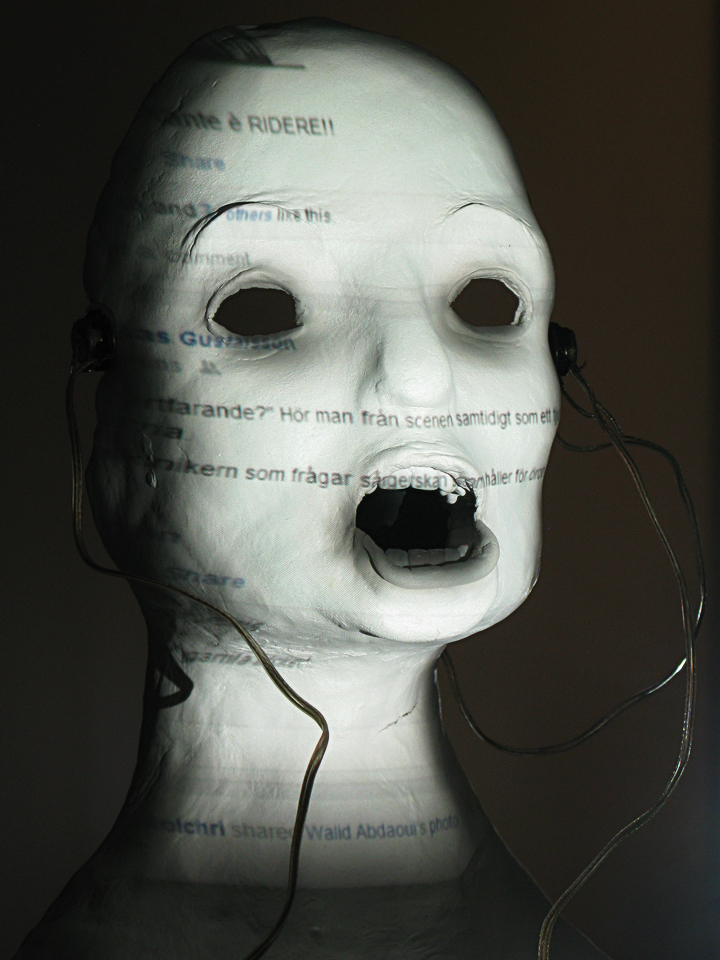 One thought on “Face”