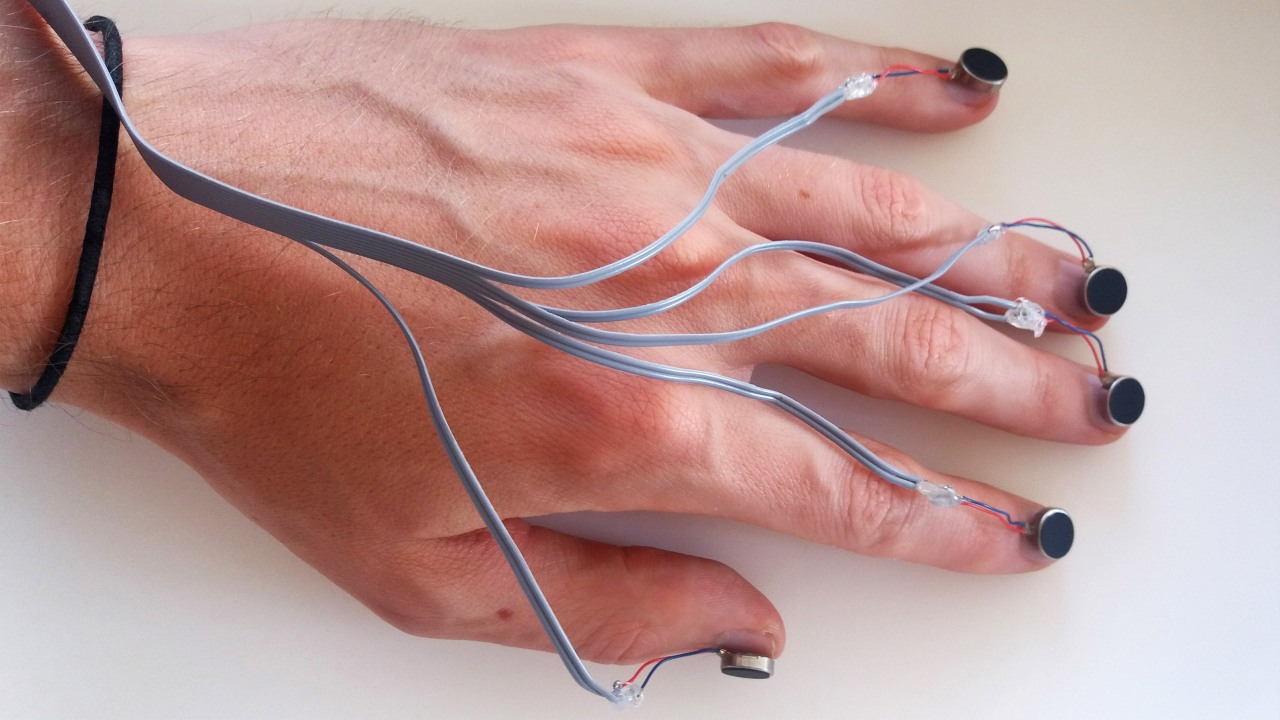 This project is a tactile music wearable: 10 vibration motors (the same found in cellphones) are to be attached to fingernails. This device can be used to produce patterns for meditation/body consciousness, tactile music, 1-to-1 performances, music for deaf people, tactile communication systems, augmentation of perception (e.g. feeling the same sensation under a performing pianist’s skin), possible medical applications…

Realized as the last work in the frame of the research project touchmysound, in 2016, this prototype of a wearable tries to translate the musical elements to a tactile level. While sound is totally absent here, the focus is on the spatialization of the tactile sensation.

Two Arduinos control rhythm, duration and intensity of the vibration. The patterns can be programmed and then uploaded to the Arduinos or controlled in real-time via computer.

This prototype could be upgraded in various ways: 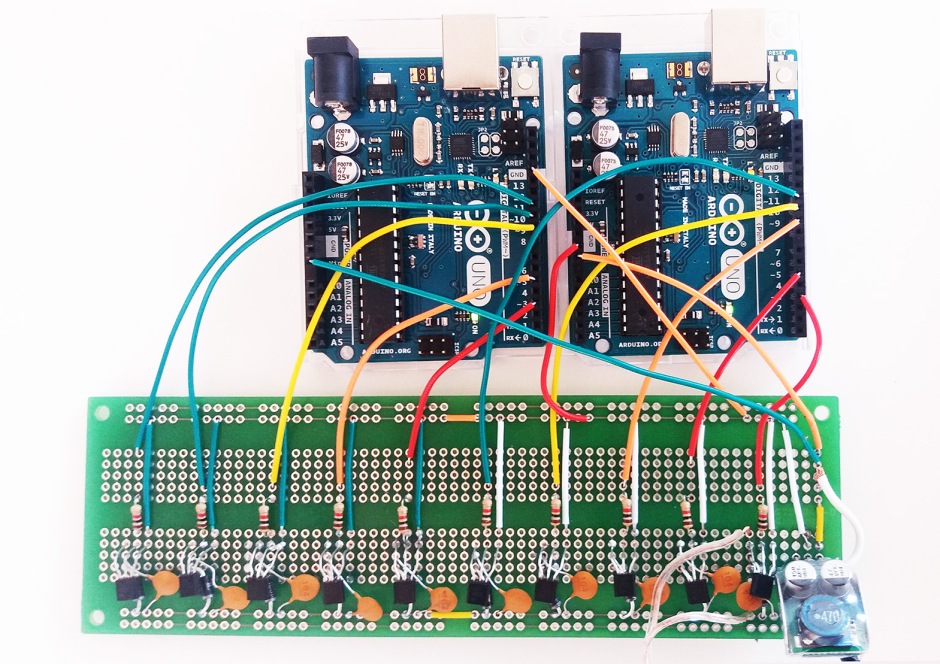 In the schematics shown hereunder, made with Fritzing, the two Arduinos run separately. In case you wanna sync the two hands, you need to send data from one Arduino to the other (via the TX and RX pins). The software has to be adapted accordingly. 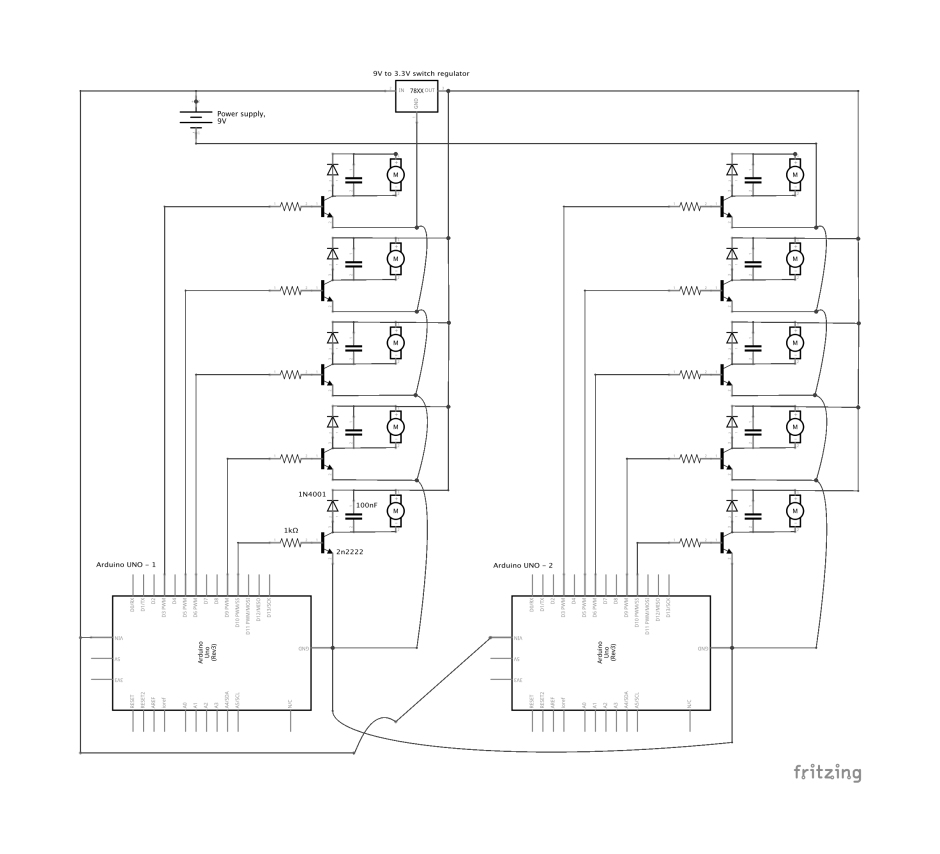 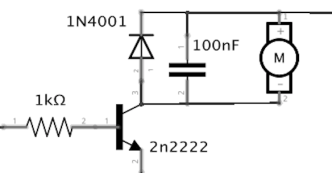 This schematic is basically a development of the project found on Learning About Electronics, and the module which controls a vibration motor (3.3V) is repeated ten times. Since all the motors could be on at the same time, an external power supply is used, which feeds 9V directly to the Vin pin of the two Arduinos, while a switch regulator takes down the input to 3.3V to feed the then motors. For a better understanding of the powering of the Arduino board, see this article.

I also wrote a tutorial which is now a featured project at Hackster.io.

You may want to redesign this circuit using an Arduino Mega, or even one only Arduino Uno…

I programmed the patterns directly in Arduino Code.

An Arduino sketch was used activate the motors one by one on subsequent fingers, with a random timing:

Another sketch was used to produce ramps (crescendo-diminuendo) on subsequent fingers:

The prototype also resulted in a caterpillar-like self-moving robotic hand:

A modified versions of these sketches was then used by Argentinian composer Mariano Rocca during a sound-art workshop at Distat Terra 2016, Choele Choel (Argentina). The device was attached to the strings of an open vertical piano, with the pedal forced down, to let the strings resonate with the motors.

The project was publicly presented at the Nordic Sound-Art Symposium “Sound Disturbance”, February 10-12, 2017.

One thought on “Fingerscan: music at your fingertips”